This year, IWRA had a strong presence at KIWW 2018 with seven Board members and four Executive Office Staff in attendance, including IWRA’s President, Patrick Lavarde, and its Executive Director, Callum Clench. Both IWRA representatives and staff participated at KIWW events, as well as many preparatory meetings for the next XVII World Water Congress, to take place also at EXCO in Daegu from May 11th to 15th May, 2020. The XVII Congress is jointly organised with Korean co-hosts: the Ministry of Environment (MOE), the Korea Water Resources Association (KWRA), Daegu Metropolitan City, and the Korea Water Resources Corporation (K-water).

The IWRA delegation was actively involved in many aspects of KIWW 2018, as displayed in the photo gallery below. IWRA Executive Director, Callum Clench, sat on the panel discussion in the Opening Ceremony to outline the week’s content of activities, and was a judge for the World Water Challenge. Keynote speeches were given by IWRA representatives throughout the week, including Gabriel Eckstein (former ISC Chair, XVI World Water Congress) who was invited by the Ministry of Foreign Affairs to speak at the Korea International Water Industry Conference held in Seoul on September 10th, immediately prior to KIWW, and also by the Ministry of Environment to speak at the Integrated Water Resources Management Policy Forum held during KIWW in Daegu. Furthermore, IWRA President Patrick Lavarde gave a key-note address to the World Water Cities Forum and gave an address at the KIWW closing ceremony. Board member and current ISC Chair Gary Jones gave presentations at the World Water Cities Forum and Water Industry Forum. And finally, Water International Editor-in-Chief, James Nickum, and Chair of the IWRA Scientific, Technical & Publications Committee, Henning Bjornlund, also spoke in IWRA-led sessions to promote and further our work on Smart Water Management (organised by Stephanie Kuisma) and Water Quality (organised by Heather Bond). 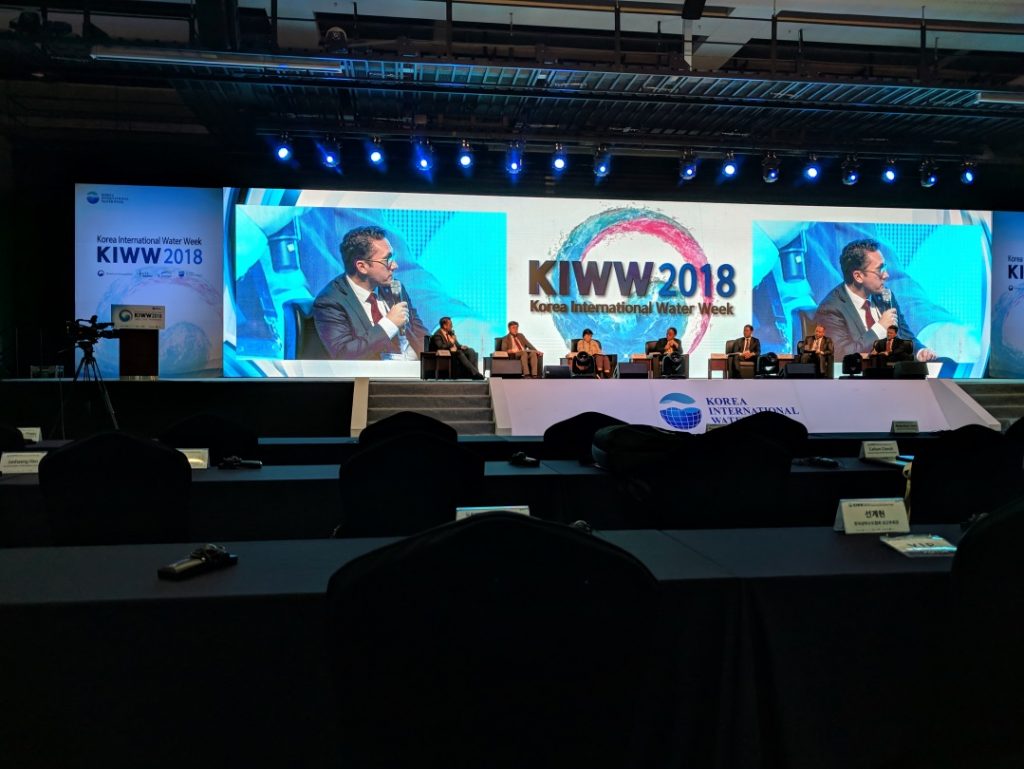 IWRA Executive Director, Callum Clench, speaking on the content of KIWW 2018 in a panel discussion of the opening ceremony. 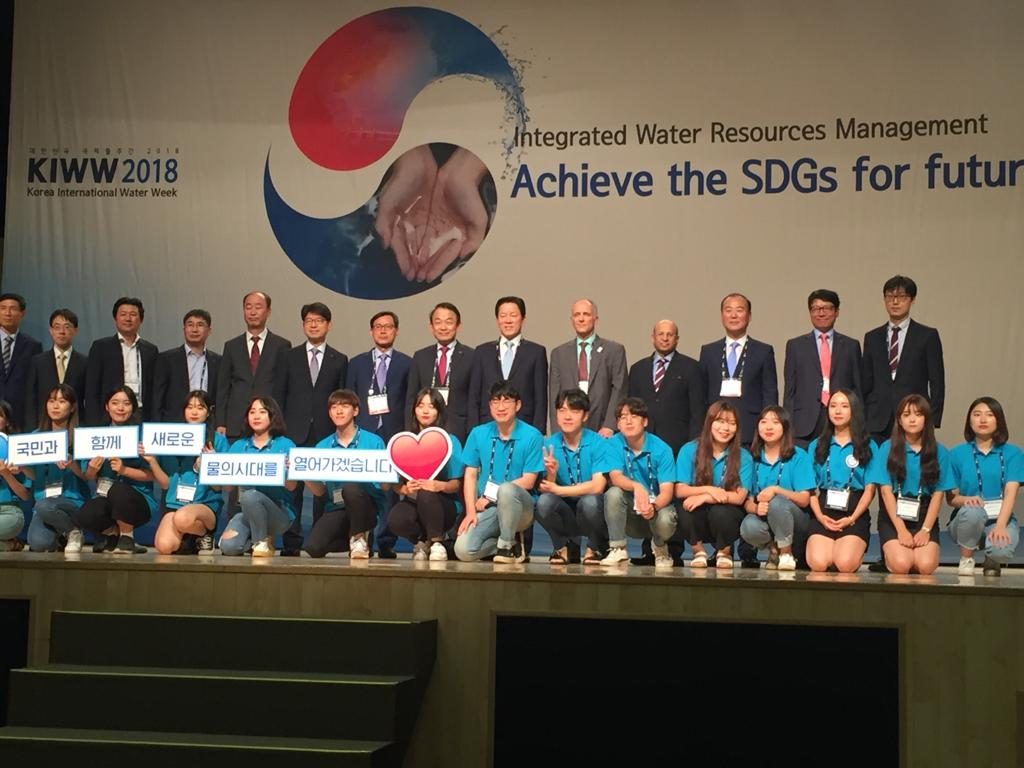 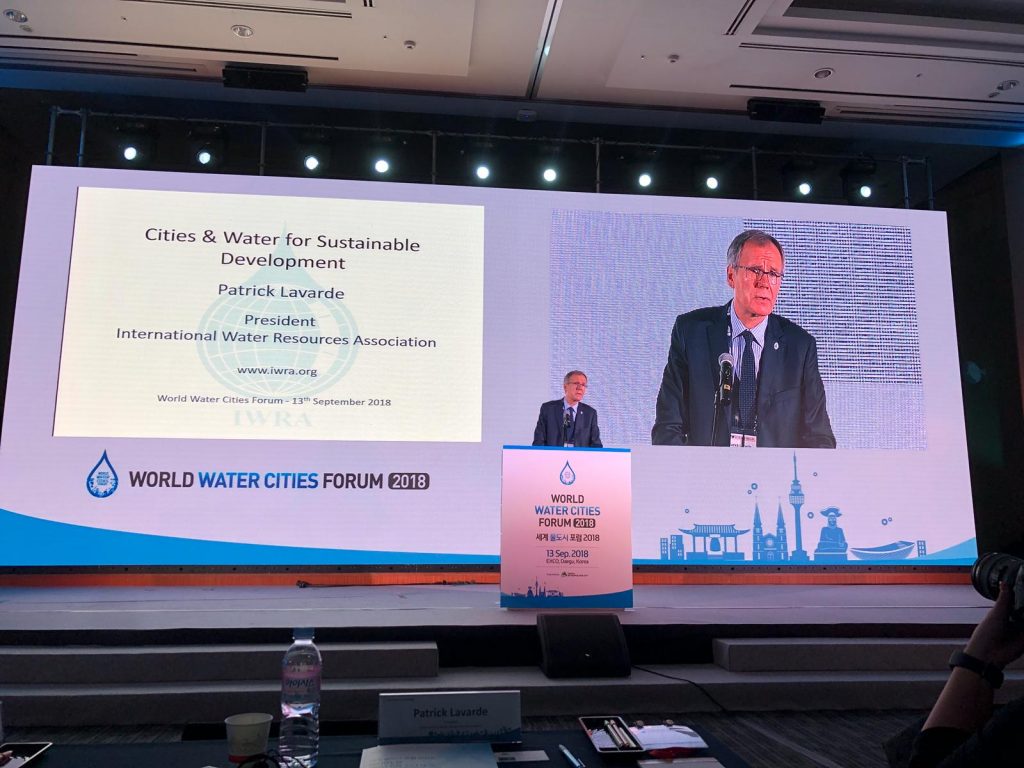 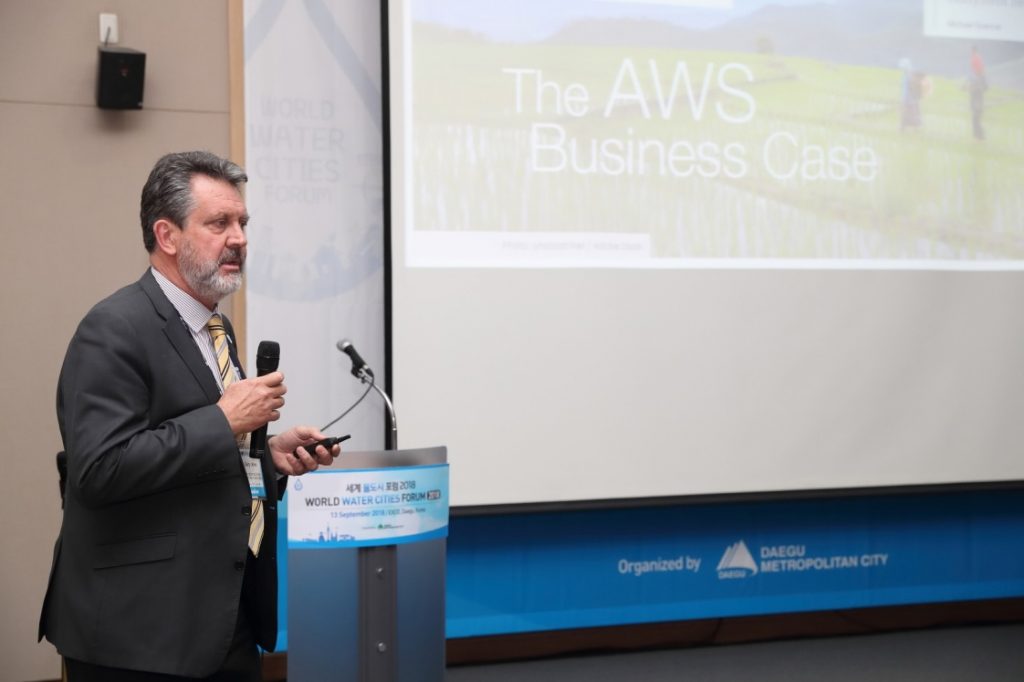 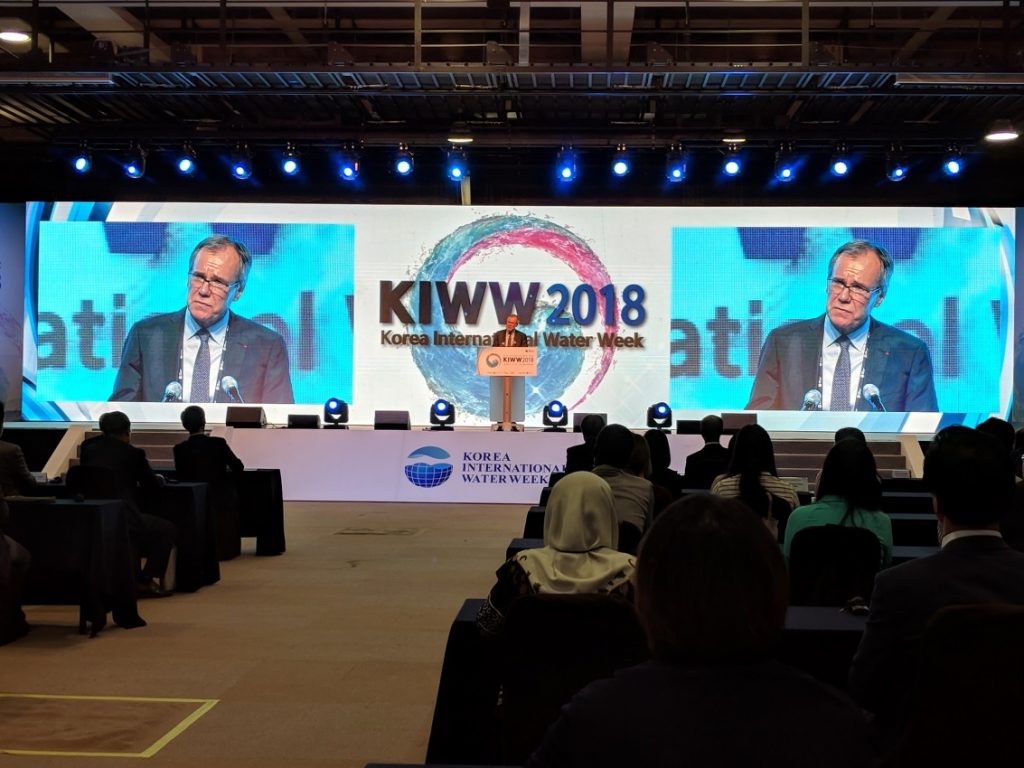 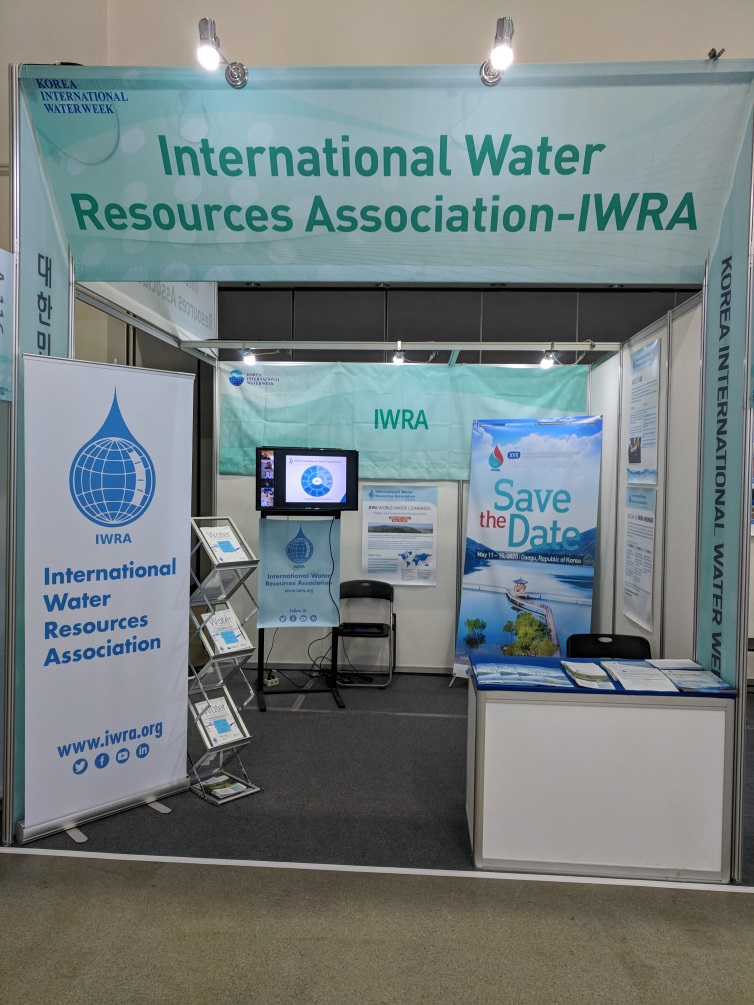 The IWRA stand in the exhibition area of KIWW. 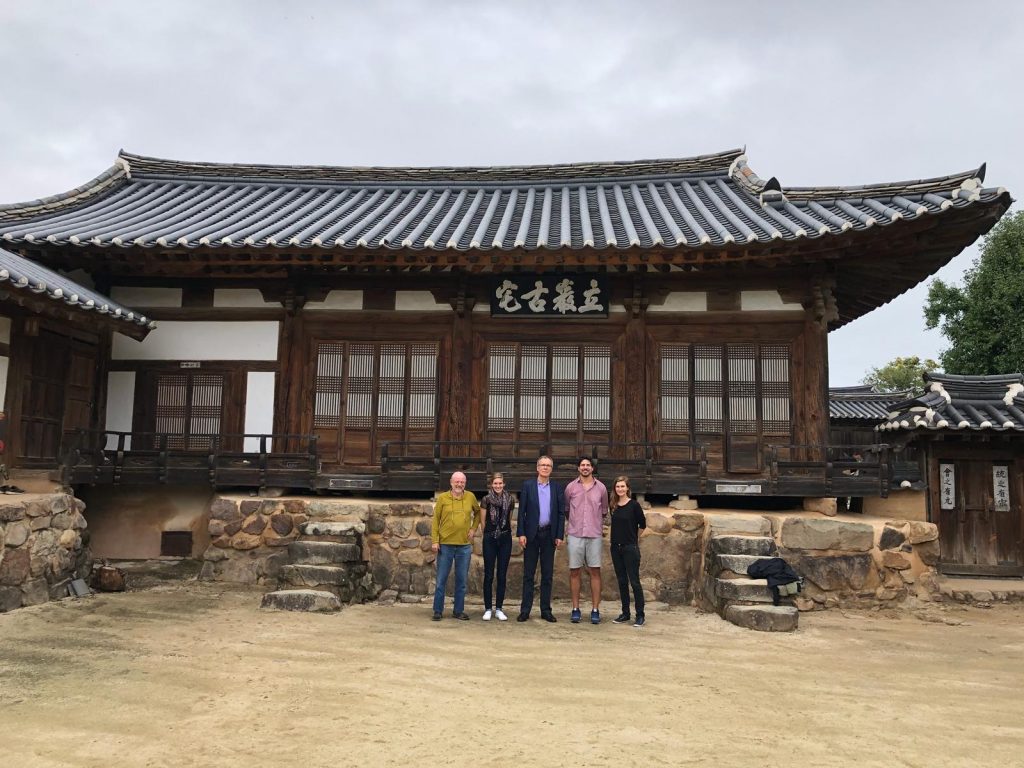