On the occasion of its 50th Anniversary, IWRA introduces and calls for nominations for the 50th Anniversary Awards, to be announced during the XVII World Water Conference, from the 29 November to 3rd December, 2021!

The IWRA 50th Anniversary Award is granted to an existing/ former member or staff, who has made outstanding contributions to the growth of the Association through contributions to the administration, activities, serving the IWRA community, positioning IWRA as source of thought leadership and water knowledge, as well as raising youth awareness of the water issues and the profile of young professionals in IWRA.

IWRA current and former members, and staff who contributed to the growth of the organisation, are eligible for this award.

1. Name of the individual nominated and basic information on the candidate (short bio/CV)

2. Description of the most important contributions to be considered

The award is intended for IWRA current and former members who have made:

In case of any questions and/or comments, please do not hesitate to send an email to awards@iwra.org.

We look forward to your nominations! 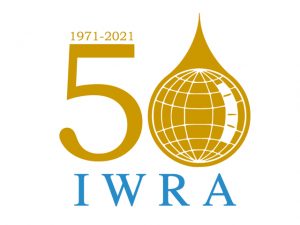